The sustainability benefits of cork flooring

This article was originally published on Houzz on February 3, 2012, as "Cork Flooring 101: Warm Up to a Natural Wonder," and is presented here with permission. Read the original article.

Although cork floors have soared in popularity over the past decade or so, they’ve been kicking around for more than a century. Back in the early days, cork appeared mostly in commercial and public spaces, although residential use increased after Frank Lloyd Wright chose it for many of the homes he designed.

Its popularity hit a peak in the 1960s and ’70s but waned until the 2000s, when its retro appeal and sustainable nature made it a design darling. Wondering whether to jump on the bandwagon? Read on for more about the pros, cons and special considerations. 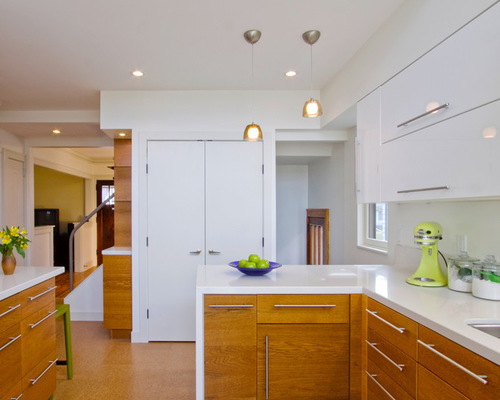 Natural cork comes from the bark of cork trees, found mainly in southern Europe and northern Africa. Scraps of bark left over from punched-out bottle stoppers are ground, pressed and baked into sheets that are ready to convert into floor planks and tiles. Portugal is the epicenter of the cork industry and accounts for more than half the world’s production.

If you’ve ever noticed how fast a wine cork pops back into shape when it’s released from the bottle, you have a good idea of how springy and flexible cork is. Its shock-absorbent structure translates to comfort underfoot—a real boon in spots where you spend long periods standing, such as in a kitchen or home gym. (That also means dropped glassware or china has less chance of shattering.) Plus, it holds warmth and muffles sound like a champ.

Cork also has serious green cred. The trees gradually regenerate their bark after it’s harvested, and the harvesting process itself is strictly regulated in order to keep damage minimal. Because the trees can live between one and two centuries, cork is a long-term renewable resource. And if there’s an allergy sufferer in your home, it’s a dream material: It doesn’t accrue dust and contains suberin, a natural substance that fends off mold, mildew, rot and pests.

Fans of cork adore its natural variations in tone and texture, which create a richness and depth that even the best manufacturers can’t replicate. If you’d rather go bold, cork can be dyed or stained any shade that suits your fancy. 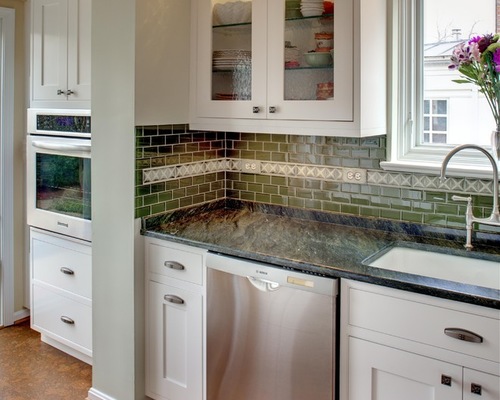 Although cork is durable, be prepared to put in some maintenance. Crumbs, dirt and other detritus can scar its surface over time, so don’t go more than a week without sweeping or vacuuming. Cork also needs to be resealed with protective coats of polyurethane every few years. Alternatively, you can seal it with wax, which is less likely to scratch, but must be stripped and reapplied more frequently. Some cork flooring comes prefinished, although it still will need periodic doctoring to keep it in shape.

Cork can bounce back from small nicks, but major dings—for example, sliding a table across the floor and taking a chunk of cork with it—are tougher to fix. Furniture eventually will leave permanent dents unless you place it on protective coasters to offset the pressure. As with carpeting, sunlight will fade it over time.

Also, cork doesn’t always work well in damp areas. Although its natural waxiness repels moisture, standing water can permeate the joints and cause damage. If you really want cork in a bathroom, basement or laundry area, it’s worth consulting with a pro about how to ward off water leakage and infiltration. 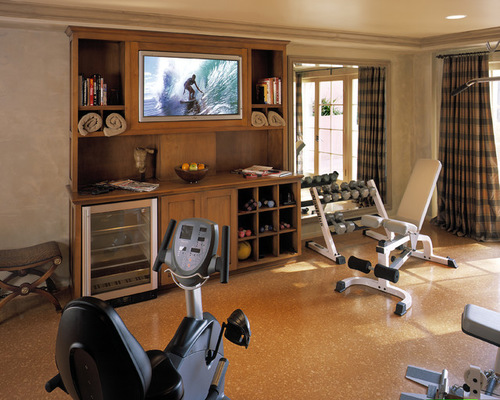 Most cork flooring comes in one of two forms: planks or tiles. Planks can either be solid cork or engineered laminate-style (cork veneer with a fiberboard core). They’re available in glue-down or “floating” applications—the latter locks together at the edges and sits right on top of any smooth surface, which makes it especially DIY-friendly. Avoid engineered planks in moisture-prone areas; they’re likely to warp.

Tiles, made from solid cork, generally are glued to a subfloor. Installation isn’t difficult, but it can take a fair amount of prep work to get the underlying surface in shape.

If you’re opposed to the look of seams, or you want custom-cut shapes and designs, cork is also sold in sheets. However, installation gets much trickier, so you may need the help of a pro.

Cork isn’t inexpensive, exactly, but it’s manageable on a budget. The price tag falls roughly between $2 and $12 per square foot, uninstalled (professional installation generally adds $3-5 per square foot to the total). Don’t skimp on quality—cheap, lower-density cork flooring won’t hold up in the long run. 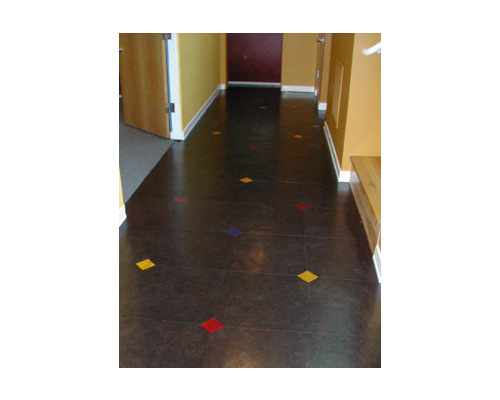 For more information about cork flooring and where to buy it, visit the World Floor Covering Association or the Portugese Cork Association.